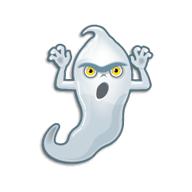 New Inn Needwood Ghostbusters. The New Inn also has it’s very own supernatural experiences. We have been here so long that we have given them names. Mr. ‘Toasty’ for instance, (you know he’s around because of the smell of fresh toast). ‘Cigar man’, again named him from the aroma of cigars and ‘Sooty’. Now I do have to say that Sooty is my favourite, When it comes to mischief, you can bet that ‘Sooty’ is behind it somewhere. ‘The white Lady’, very often seen walking about. Most of them are like kids, always causing playful annoyance. Things falling off walls, items get moved or relocated so you can’t find them. Hair pulling, blowing in your face, doors opening and closing, and the ever popular tap on the shoulder. TV’s & electrical appliances turned on and off when not plugged in. And not to mention the cold shivers when they are around, Your hairs will stand on end, and it feels like your in a freezer.

Many a customer have experienced these phenomena. Converted to believers of the unknown. The overnight guests getting the most attention, from being slapped to getting a kiss. And as most folk say, it’s a pub, too much good ale is the cause of these eerie tales. There’s only one way to find out, as many have. Experience it for yourself.

Read our article on the days of yore about the New Inn & Needwood Forest,

This gives an insight into New Inn’s  long history within the forest and its role not only as a hostelry, but as the meeting place for the Kings assizes to dish out the punishments for stealing or poaching within the Kings forest.

Many a bloody battle may have been fought near, or within the forest. Tutbury Castle being only few miles away. The scene of much dramatic battle between the Cromwellians & The Royalists during the English Civil War.

So who knows, are some of our wandering friends from these times, Meeting there fate at the hands of the local gentry, or drowning in the many perilous bogs within the forest in an effort to escape the Kings gamekeepers while poaching his deer. Or is the fact that the NEW INN is such a nice place to be, they have made it there home too.

Whatever, After 20 years here at the New Inn, I now see them as my friends. We have got used to each other, Though I am the outsider, They were here before me, and will be long after. It is their home, and I am the visitor. With much respect I let them be. But they let me know if I change or bring something in they don’t like.

Then the fun starts